Rose is one of the seven hybrid children who is introduced throughout the Red Data Children side-stories for Solatorobo.

Out of all the seven Red Data children, Rose is the only Felineko hybrid within the group but is permanently always in trance. To prevent Vermillion or Rouge to spot her, she wraps herself in bandages to conceal her human skin. Rose is the most proficient in magical abilities among the hybrids, so she does not require a dedicated Robo. She wasn't created in the research facility from strain cells as most hybrids were, but instead captured when she was young. She suffers several experiments in the facility from where she escapes at the age of 14.

She is found by Carmine who takes her away to Panne's orphanage where she lives with Red and Chocolat over the course of a few months. During her time in the orphanage, she finds and takes care of a bell-bird named Sue. After the incident with Vermilion and Rouge & the erasure of Red's memory, she travels with Carmine to Abyssina (where she is supposedly from) for 8 years, which after that then comes back to the Shepherd Republic. 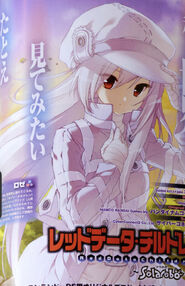 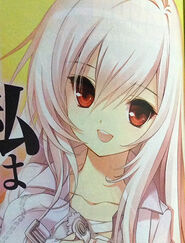 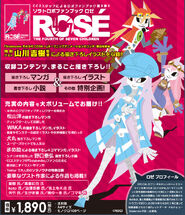