JP + FR: Reina Ueda
Hanna Fondant is one of the main characters in Fuga: Melodies of Steel. She and a few other children of Petit Mona are one of the first members of a rescue team aboard the Taranis on a mission to save their parents from the Berman Empire.

Hanna is Malt's childhood friend. A thoughtful girl with a compassionate, grown-up nature, she is kind to everyone. She loves to read and enjoys taking care of people. Someday, she hopes to become a doctor.

Hanna is a white Felineko whose breed is a Turkish Angora. She's dressed as a typical villager as most others are in Petit Mona, with her apron being a fitting touch to her motherly personality. 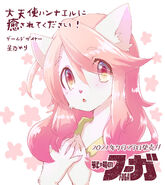 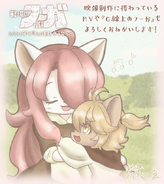 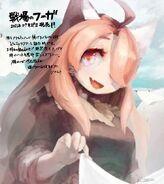 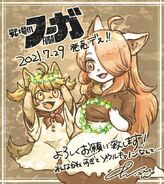 Hanna as depicted in the Fuga manga 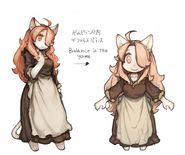